By searching this site you will see that I have read all of Grisham’s novels.  My point is that THE RECKONING, comes closest to my imagining that the book may well be based upon a true story.  In fact in the Acknowledgements, Grisham hints that the story comes from a memorable tale and suggests that anyone who might have knowledge of the actual circumstances contact him.

John Grisham, the wonderful storyteller, sets THE RECKONING in the cotton fields of northern Mississippi. He establishes a decades old planter class nuclear family living on a plantation that has a “Gone With The Wind,” flavor. All is well until suddenly the reader is transplanted to the horrendous Bataan Death March during World War II.  The detail is so vivid and well researched that Grisham becomes a historical novelist  similar to the work of Jeff Shaara. ( search this site).

The story returns to Mississippi with Grisham twists to the end that keep the reader’s eye glued to the very last page.

You will want to add THE RECKONING to your Grisham list. His most recent book, THE INNOCENT MAN, is in fact his first work on non-fiction. No surprise after reading THE RECKONING. 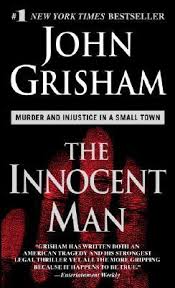 Nathaniel Philbrick’s IN THE HURRICANE’S EYE  paints a definitive picture of George Washington’s 1780 victory at Yorktown, Virginia. It was the battle coordinated with the French Navy that almost didn’t occur but inexorably led to final victory in America’s Revolution. 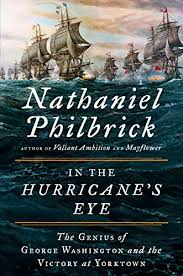 Philbrick is masterful in combing through the myriad of detail and negotiation that finally coordinated the French naval forces and the American Continental Army to rout the British at Yorktown. Ironically, It was a naval victory without a single American ship. IN THE HURRICANE’S EYE also details the relatively unknown story of the brilliant efforts of Continental Army General Nathaniel Greene battling Lord Cornwallis to an exhausting draw in the hills of North Carolina.

Just as in his book Mayflower,  Philbrick is the master story-teller , combining an enormous amount of historical data into a cohesive and human narrative. His insight into the mind of George Washington is brilliant.  IN THE HURRICANE’S EYE is a most worthy addition to your American Revolution reading list.  A battle waged two hundred thirty-nine years ago and still so much to learn. Philbrick makes it a great tale. Narrative non-fiction at its best.

Other volumes by Philbrick concerning the American  Revolution:  Bunker Hill: A City, a Siege, a Revolution and Valiant Ambition: George Washington, Benedict Arnold and the Fate of the American Revolution.