An Article in today’s New York Times  Deal book by Jenny Anderson summarizes the impact of the U.S. Justice Departments handling  of the Credit Suisse settlement. 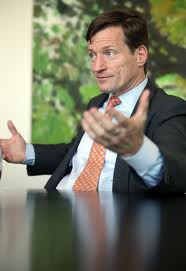 ” A day after Credit Suisse pleaded guilty to tax evasion in the United States, the Swiss bank says that it is able to conduct its business as normal despite its criminal conviction. Swiss officials and investors seemed to welcome the fact that the resolution allows the bank to put the matter behind it.

On Tuesday, the Credit Suisse top management spread out around the world to calm employees and clients after its felony conviction. Mr. Dougan was in New York while Urs Rohner, the chairman, was in Switzerland and David Mathers, the company’s chief financial officer, was in London.

In call with media and analysts, Mr. Dougan again said the bank took full responsibility for its actions, but emphasized that it had seen little business impact as a result of the plea.

“We have found no instances where clients cannot do business with us,” he said. “Our discussions with clients have been very reassuring and we haven’t seen very many issues at all.”

Adds the NYT Article, “Mr. Dougan also said that he never considered resigning over the incident, even as opposition politicians continue to call for his ouster. “

Am I wrong or did Dougan really say Credit Suisse Clients  don’t give a dam about the banks felony conviction!  A good follow-up question: Does Dougan care?

I wonder how Eric Holder enjoyed reading this story this morning?